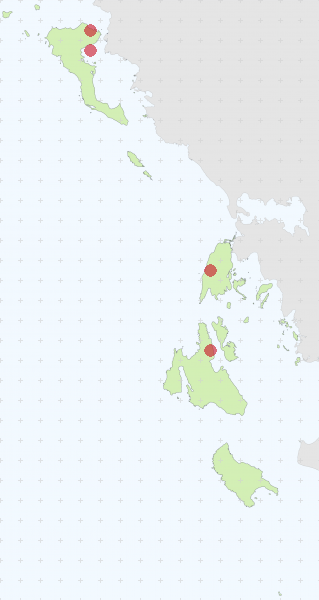 Annotation: The first record of a perennial Stipa species for the Ionian Islands was from Cephalonia and dates back to Heldreich (Heldreich 1882: 74, referred to as S. pennata). Hayek (Hayek 1932: 349) obviously had some doubts on its identity, as he had mentioned S. pennata »subsp. eu-pennata« for the Ionian Islands with a question mark; Phitos & Damboldt 1985: 172 mentioned S. pennata only as doubtful species. Reports for Cephalonia and Lefkada were more recently identified as S. pulcherrima (Strid in Strid & Tan 1991: 829, referred to as S. pennata subsp. pulcherrima), however now specified as S. pulcherrima subsp. epilosa in »Vascular Plants of Greece« (Dimopoulos & al. 2013). The occurrence on Cephalonia still needs confirmation. [2016-02-22]