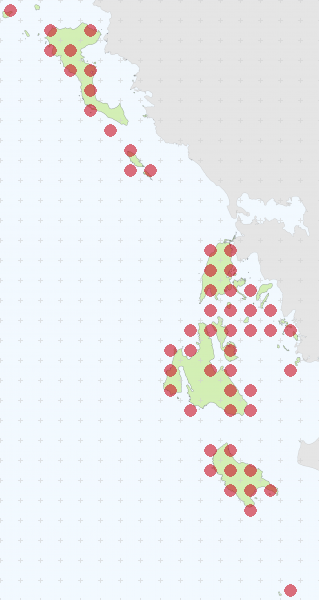 Annotation: While Juniperus phoenicea subsp. phoenicea seems to be restricted to Eastern Spain and Southern France, only subsp. turbinata is to be expected in coastal areas of the Eastern Mediterranean (Adams 2011, Adams 2014, who claims upon specific status for the latter). Our own observations have found this true at least for populations on Corfu, Cephalonia and Zakynthos in respect to seed-cone form and size. In addition, the ecological behaviour described for subsp. turbinata is seen at least on Corfu (where it occupies large stands on sand dunes). As both species can be distinguished morphologically only by thorough investigation, further critical studies are needed for previous records of »J. phoenicea« from the Ionian region. [2016-03-14]