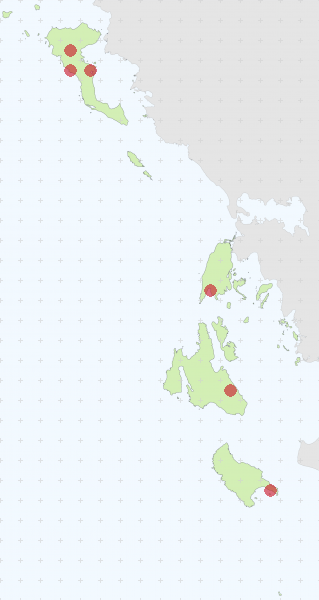 Annotation: Some records for Sparganium erectum remain undecided as to subspecies; exact determination needs presence of ripe fruits. Based on an unpublished manuscript of Mazziari, Stephanides 1948: 194 had reported the species from Corfu not only as S. ramosum but presumably also under the name »S. simplex« (just referring to unbranched specimens of the former species and not to the boreal S. emersum which is unknown from Greece). [2016-09-07]