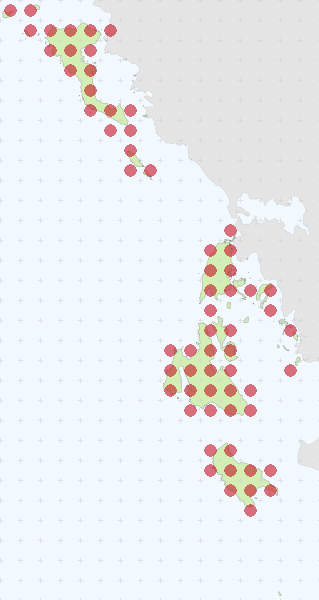 Annotation: Apart from nomenclatural difficulties (see Greuter & Rechinger 1967: 77–78), the morphological differentiation is problematic between a western (subsp. occidentalis Greuter) and an eastern race (now subsp. corniculata), often ranked as species (the latter formerly as T. balansae). Most vouchers from Corfu were considered as intermediates (»ad T. Bal[ansae] sp[ectans]«) by Širjaev 1929: 7–14 in his monograph, and those from Cephalonia and Zakynthos he classified as »T. balansae«. However, all the material from the Ionian Islands seen by us clearly correspond to the western subsp. occidentalis at least by its flowers (they all have wings distinctly shorter than the keel), and the legumes of fruiting specimens show acuminate tips. The only exception is a collection from Zakynthos, with legume tips somewhat obtuse and shortly mucronate, a shape which may be interpreted as intermediate. Both taxa have been reported recently from Zakynthos (Snogerup & al. 2004: 12 ,16). [2018-10-18]