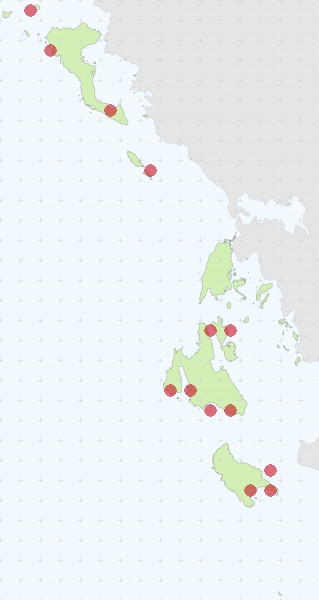 Annotation: Capparis spinosa subsp. sicula (or var. canescens; cf. Fici 2014) is only weakly differentiated from subsp. spinosa, which in leaf shape is similar to C. orientalis, and mainly known from the West Mediterranean. Further observations are needed to elucidate the presence of true subsp. spinosa on the Ionian Islands. Taxonomically it includes autochthonous populations of S. Italy and Sicily as well as the cultivated strains of the caper bush (with bigger flower buds and large corollas). [2016-04-29]