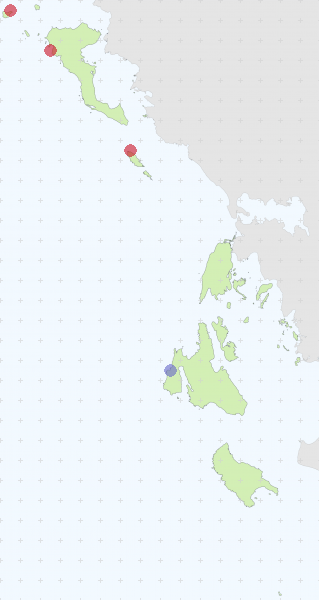 Annotation: In »Vascular Plants of Greece« only subsp. glauca was specified for Greece under the collective species C. valentina (Dimopoulos & al. 2013: 93) but subsp. valentina was added in the »Supplement« (Dimopoulos & al. 2016: 315) as occurring in the Ionian area. Both are better treated at species level, as proper C. valentina coexists with C. argentea (C. glauca) at least on Corfu (cf. Gutermann 1991), and both are well separable morphologically. C. valentina should be looked for also on the southern Ionian Islands (and elsewhere in Greece). Due to the defective plant state at November, our field notice from Cephalonia (Palikí peninsula, coast NW of Aghii Thékli) needs confirmation. [2016-11-22]