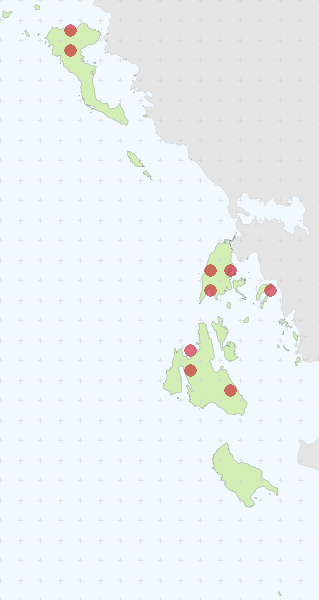 Annotation: The infraspecific taxonomy needs further critical study, as the differentiated races (Hart 1995) are weakly defined. Two subspecies are recorded from the Ionian Islands according to »Vascular Plants of Greece«: apart from subsp. epiroticum, said to be endemic of Cephalonia, Ithaca and adjacent mainland Greece, subsp. apertiflorum (Dimopoulos & al. 2013: 86) is known as well as from C and N Greece mainland. Our plants from Lefkada fit with subsp. epiroticum rather well, those from Corfu do not quite correspond to (the geographically nearest) subsp. apertiflorum as presented in »Flora Hellenica« (’t Hart in Strid & Tan 2002: 324). [2016-04-03]